Swapna is a bioinformatics freelancer based in India. Her formal qualifications include an M.S. in Molecular Sciences and an M. Phil. in Bioinformatics. She analyzes microarray and NGS data for research groups in academic institutions. She helps clients with experimental design and sequence data issues. Earlier, she taught bioinformatics in universities in Kochi. The sequencing technologies are advancing. Bioinformatics software and analyses methods are keeping pace. Practicing bioinformatics requires knowledge of statistics, information technology and NGS technologies and, biology. Open source software and educational resources are vital for all bioinformatics practitioners.

With the advances in sequencing technologies, it is now possible to sequences 1000s of Gigabases of data on a single flowcell (NovaSeq). This is much more data than is actually required for a sample when performing many common bioinformatic analyses. To better utilize this massive amount of sequencing data, it is possible to run multiple samples after library preparation in a single lane. Running multiple libraries in a single sequencing lane is called multiplexing. The decision to multiplex must occur prior to library preparation.

In order to do this, there has to be a way to track which read came from which library. This is done by attaching 8-10 bases to the end of all sequences from the same library. These barcodes/indexes are unique between samples allowing for downstream splitting of the sequences after sequencing.

The barcoded libraries are pooled and run on a single sequencing lane. The sequencing data is demultiplexed using the barcodes to identify which reads originated from which samples. Demultiplexing is a computational step usually performed by the sequencing centre.

Why do you need to multiplex?

If one is sequencing many samples, using a single lane to run each sample or library is not economical and sequencing resources will be used inefficiently. Further, there is some technical variation between sequencing lanes called the sequencing lane effect. If each sample is run on a different lane, the lane effect will be compounded with sample. Appropriate multiplexing is recommended in order to avoid the technical bias of lane effects.

How do you multiplex?

During multiplexing the experimental design principles of randomization and blocking need to be applied. The idea is to have every group in the experiment represented in every lane being used for sequencing. Another way to think about this is to try to place only replicates in separate lanes.

Say, we have one control group A and two experimental groups, B and C in our experiment. We have six replicates in each group. In total, there are 18 samples to be run. Depending on the platform and experimental considerations, we may be able to multiplex all samples on the same lane.

How not to multiplex an experiment.

Let’s assume we want to run only 6 samples per lane in our experiment we designed above. If we run it this way.

Lane effects would be introduced and would be confounded with treatment group. We wouldn’t be able say that the differences we saw were due to treatement group or lane effect (confounded).

How you should multiplex an experiment.

A better design would be

In this way, all the groups have been run on all the lanes used for the experiment, in effect, cancelling out lane effects. This also works because there are an even number of replicates spread across all the lanes.

Ultimately the decision to multiplex or run samples separately and when multiplexing, how many samples will be multiplexed depends on the amount of biological variation in the samples and the need or not for sequencing depth. The effect of variable sequencing depth on the consistent and sensitive detection of gene expression signatures has been studied.

So how does one know which read is coming from which sample?

During library preparation, a small index sequence, also called the barcode, is introduced into every DNA or cDNA molecule by including it in the primer sequence. There are different types of indexing:

Single indexing: a single index sequence is introduced to one end of every molecule in the library. The index is unique to the library/sample. Single indexing can only be used in the absence of multiplexing. The sequencing lane and index combination helps identify the samples from which the sequencing reads originated.

Combinatorial dual indexing: two index sequences are introduced at either end of the molecules in the library. But the indexes are not unique to the sample- their combination is. So index X1 may be common to two libraries, A and B and index X2 to the libraries, A and C. But the combination of barcodes X1 and X2 is unique and found only in molecules from library A. Combinatorial indexing was designed for multiplexing. The drawback is that loss of a single index out of the two will lead to ambiguity and the reads cannot be assigned to a single sample.

Unique dual indexing: unique indexes are introduced at either end of the library molecules. None of the barcodes or indexes are shared between libraries. This is recommended for multiplexing.

The terms index and barcode will be used synonymously in this chapter. Similarly, index hopping and barcode swapping.

The sample misassignment problem with Illumina, What is it and how do I avoid it.

Sample misassignment occurs when one sample erroneously gets the barcode for another one. Some of the reads that belong to sample A are incorrectly attributed to sample B and, this, cannot be resolved computationally.

How does sample misassignment occur?

A sample may get the wrong barcode sequence due to

In the bridge amplification-based Ilumina sequencers, hybridization of library molecules to template oligos immobilized on the flow cell would be followed by a wash step. This would ensure removal of extra free molecules like adaptors etc. in solution before sequencing (bridge amplification) began. The newer Illumina platforms like HiSeq 3000 and HiSeq 4000, HiSeq X and NovaSeq 6000 use the patterned flow cell technology. To ramp up throughput, the separation between the hybridization and the sequencing amplification steps was removed and, a new patented ExAmp polymerase with superior amplification capabilities was introduced. These features also increased the chances of index hopping, even with small amounts of free adaptors, compared to the older bridge chemistries. [https://www.genomeweb.com/sequencing/study-reports-incorrect-assignment-reads-samples-multiplexed-illumina-hiseq-4000#.XBnVGc8zbs0 , http://enseqlopedia.com/2016/12/index-mis-assignment-between-samples-on-hiseq-4000-and-x-ten/]

How big a problem is sample misassignment due to index hopping?

Transcriptomic studies may not be seriously affected if one is not looking at low frequency transcripts. But without knowing the actual degree of misassignment and the proportion of samples and transcripts affected in one’s study, it is advisable to take precautions.

For some applications, like identifying clinically relevant rare sequence variants, profiling of somatic variants in cancer, metagenomic studies and detection of low titer microbes or viruses in samples, there is extremely low tolerance for these events. The problem can be compounded, if the variants are located in regions like repeats that need high sequencing depth. Moreover, if clinical decision making or genetic counseling is seriously affected by the low frequency allelic variant identification, misidentification or non-identification, then there may be zero tolerance for even the lowest rate of sample misassignment.

This video describes index hopping and ways to minimize it. 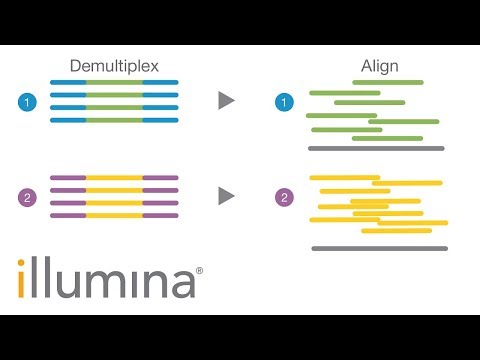 How to address sample misassignment?

Taking into account the Q-score of indexes when demultiplexing may help avoid misassigments due to sequencing errors in the index region. For example, discard reads with Q-score less than 30 for the index reads.