My main interests are in the fields of bioinformatics and evolutionary genomics. Currently, I am working on various projects involving next-generation sequencing including the first de novo assembly of a teosinte genome. I am also developing pipelines to streamline the assembly and annotation process for newly sequenced organisms. My long-term goal is to study the genome organization and evolution of grass species.

In the previous section, we developed a genetic map for maize NAM founder line CML247 using the GBS dataset from Wallace et. al.. The original paper (McMullen et. al.) that created this NAM population also had genetic markers for all the NAMs, albeit few but great quality (referred as Golden Gate markers, based on technology used). Together, they make great resource for various applications. Here, we will use them as genetic map, mapping them to publicly available CML247 genome and creating pseduomolecules from the scaffolds. A quick note: CML247 genome already has pseudomolecules (12), but for this exercise, we will break them to create artificial scaffolds (39) and then put them together using genetic map.

Note: The excel file is not readable CLI, so we save it as tsv. The converted format is also saved in this repo and can be found here.

Apart from these primary datasets, we will also need additional data for this tutorial. First, the GoldenGate markers were developed for version 3, And GBS map was developed using the version 4, so we need both these genomes to extract marker sequences.

Second, for getting the positions for the markers that we generated, we need the co-ordinates for them. This information is located in the VCF file (cleaned), that we used in the previous section (found here).

Third, we need to singularity container for running ALLMAPS

We will organize the working directory this way:

0-index will hold the HiSat2 index files for the scaffolds, We will carryout processing OneMap and GoldenGate maps in 1-onemap and 2-goldengate respectively. And finally run ALLMAPS in 3-allmaps folder.

But the genome we downloaded are already in Chromosome level assembly! As we don’t have a real scaffolds to work with, we will break this every 750Mb and generate “scaffolds” to show the utility of this exercise. Do these steps in 0-index.

To split them we will use UCSC kent-util package.

This will break the 11 pseudomolecules in to 39 “scaffolds”

Split the OneMap genetic map to different chromosomes and check if they are consistent. Genetic map programs identify chromosome names based on the size (largest to smallest). While it works for most genomes, in maize the sizes are not in descending order, so we will have to rename them to correct chromosomes. Run these steps in 1-onemap. Place the VCF file and onemap results file in this directory. We will create a series of scripts and run them to achieve this:

_Note: the B73V4 path at Line16, should be corrected before running this script_

Now run all these scripts as follows:

The final result will be the mapping position of the markers on the draft genome, in a CSV format (CML247_mapped_onemap-cM.csv). The scripts will also output other useful information such as how many markers were found per chromosomes, how many was extractable (sequence), chromosome names identified by OneMap and what was it changed to, number of mapping markers etc., Please double check these numbers to make sure the script is doing what it is supposed to do.

The steps are similar, but these markers are slightly in different format (run these in 2-goldengate folder) First, the markers are relatively small, so in order to make them mappable we need to extract some flanking sequences. Second, the co-ordinates are given for V3 of B73. Again, for processing GoldenGate markers, we will setup a series of scripts and run them at the end.

The files created in this step (merged fasta file and merged txt file) are needed for the next script.

Now run all these scripts as follows:

Just like the OneMap processing step, this will create CML247_GG-mapped.csv as the final result. This contains mapping position of the markers on the draft genome, in a CSV format. Now we can proceed with using them for scaffolding the genome.

copy the results file to 3-allmaps

Running ALLMAPS to scaffold the genome.

ALLMAPS is pain to install manually as they have various dependencies. Even if your cluster already have it installted, the graphics component of it will most likely not work as the program installers will not test them for all functionality. To avoid this we will just use the singularity container. Even with the container, some of the script is not available and should be provided externally. Run these in 3-allmaps directory.

First we will setup a script:

Add additional path for our environment: 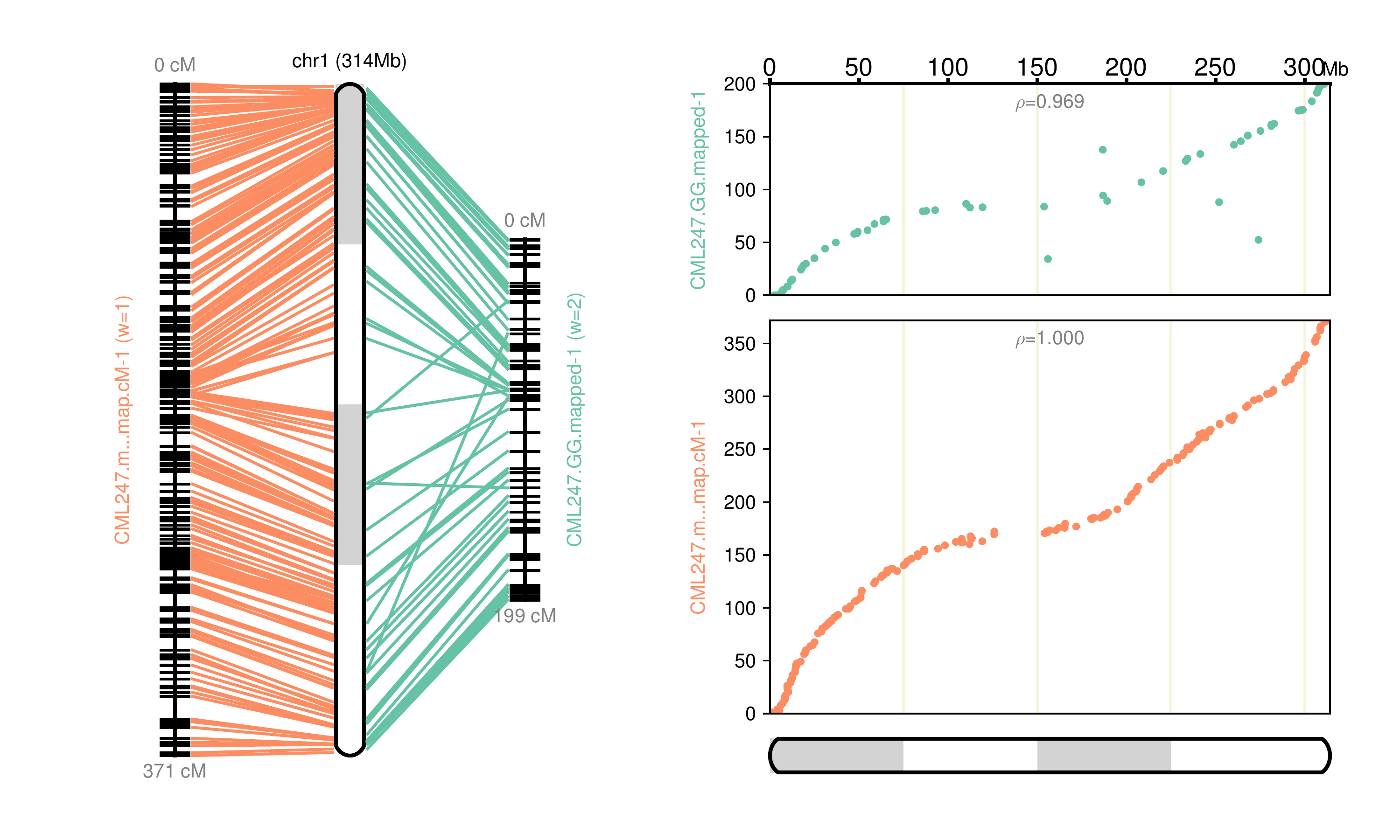 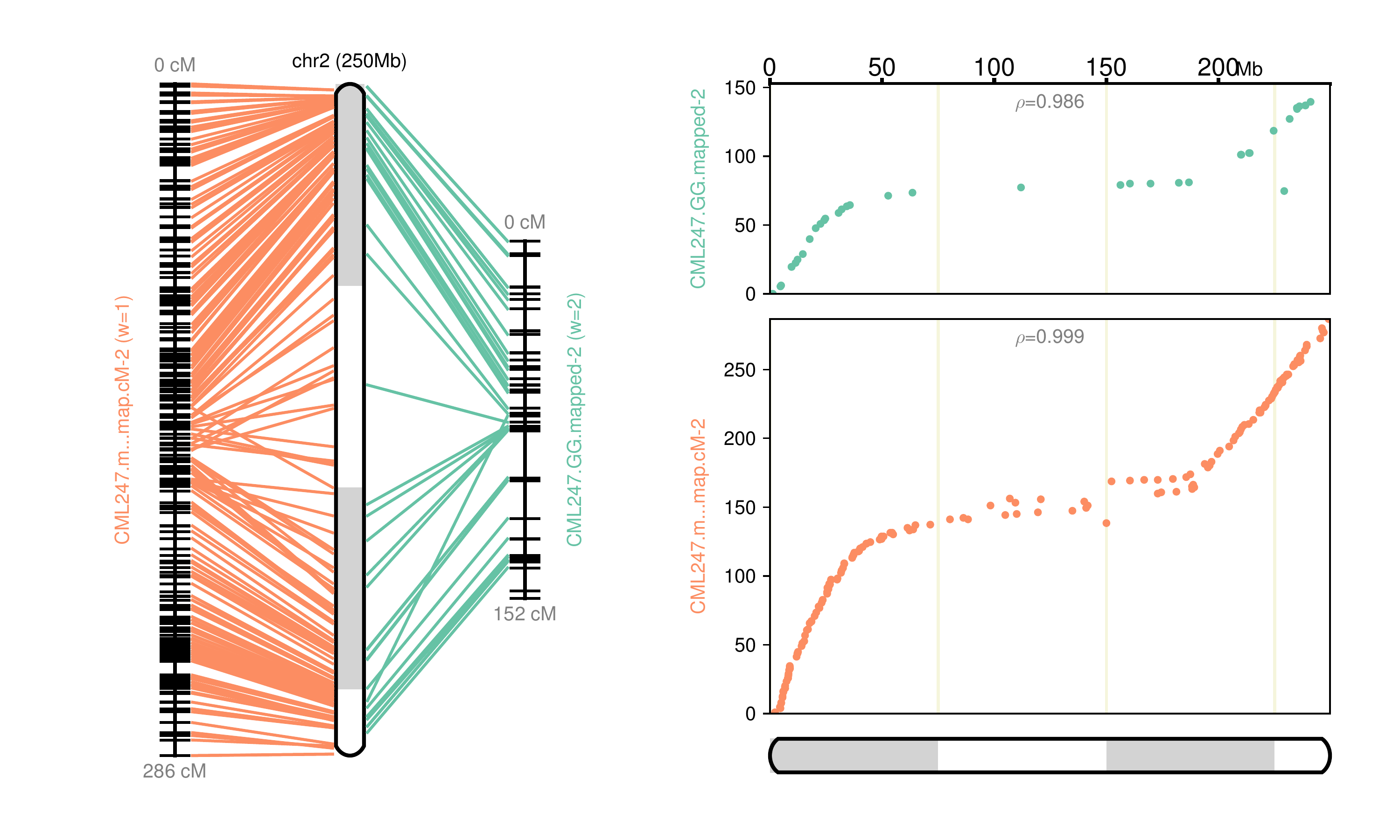 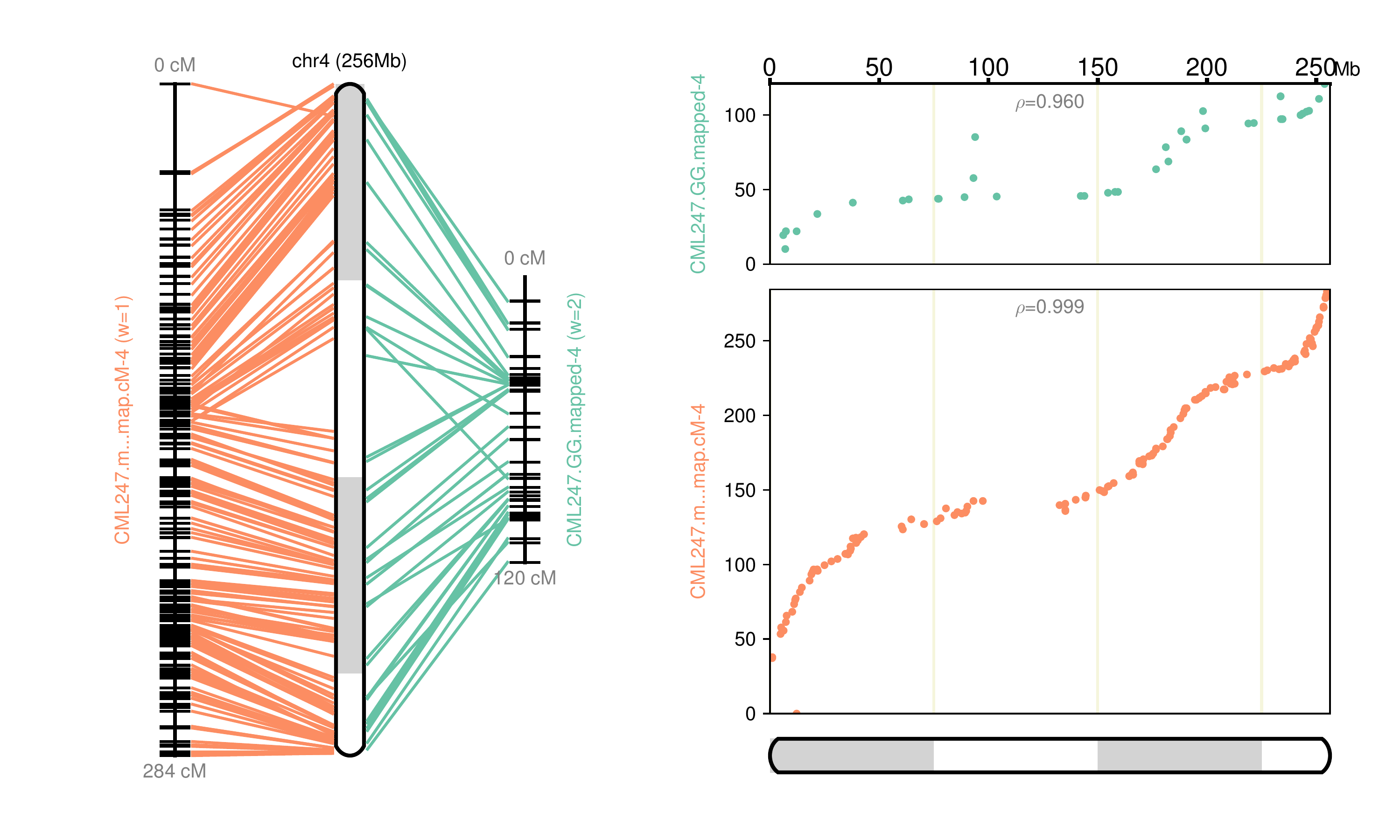 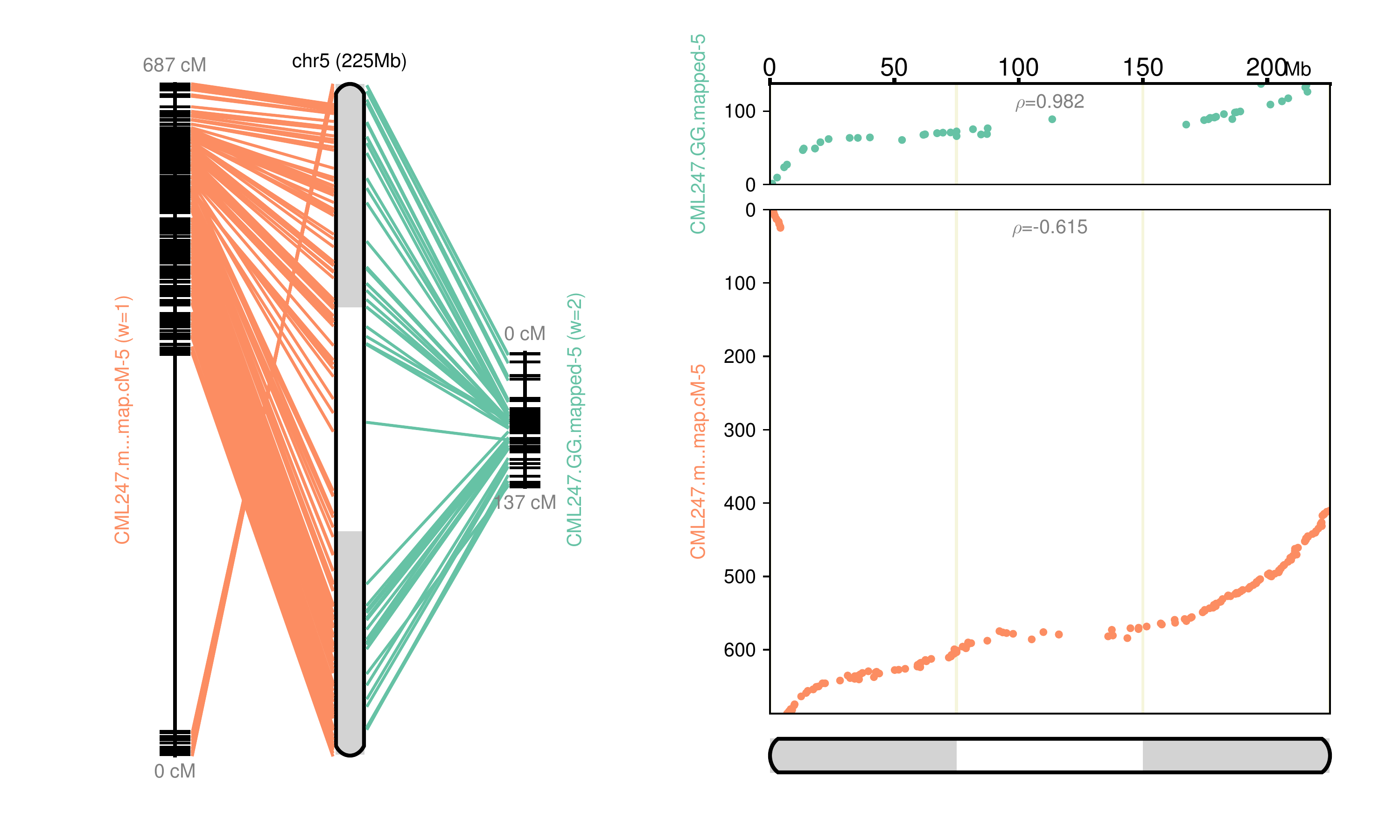 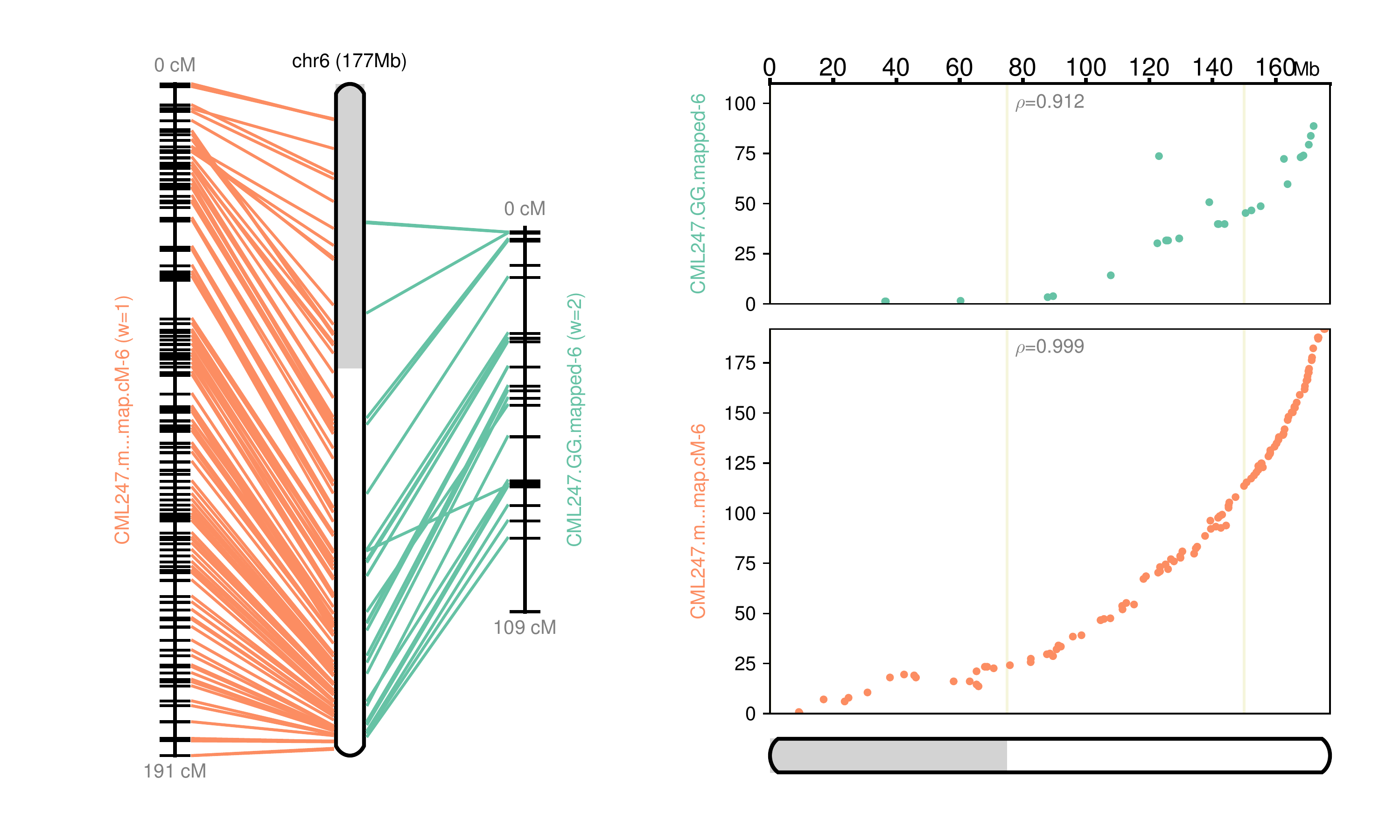 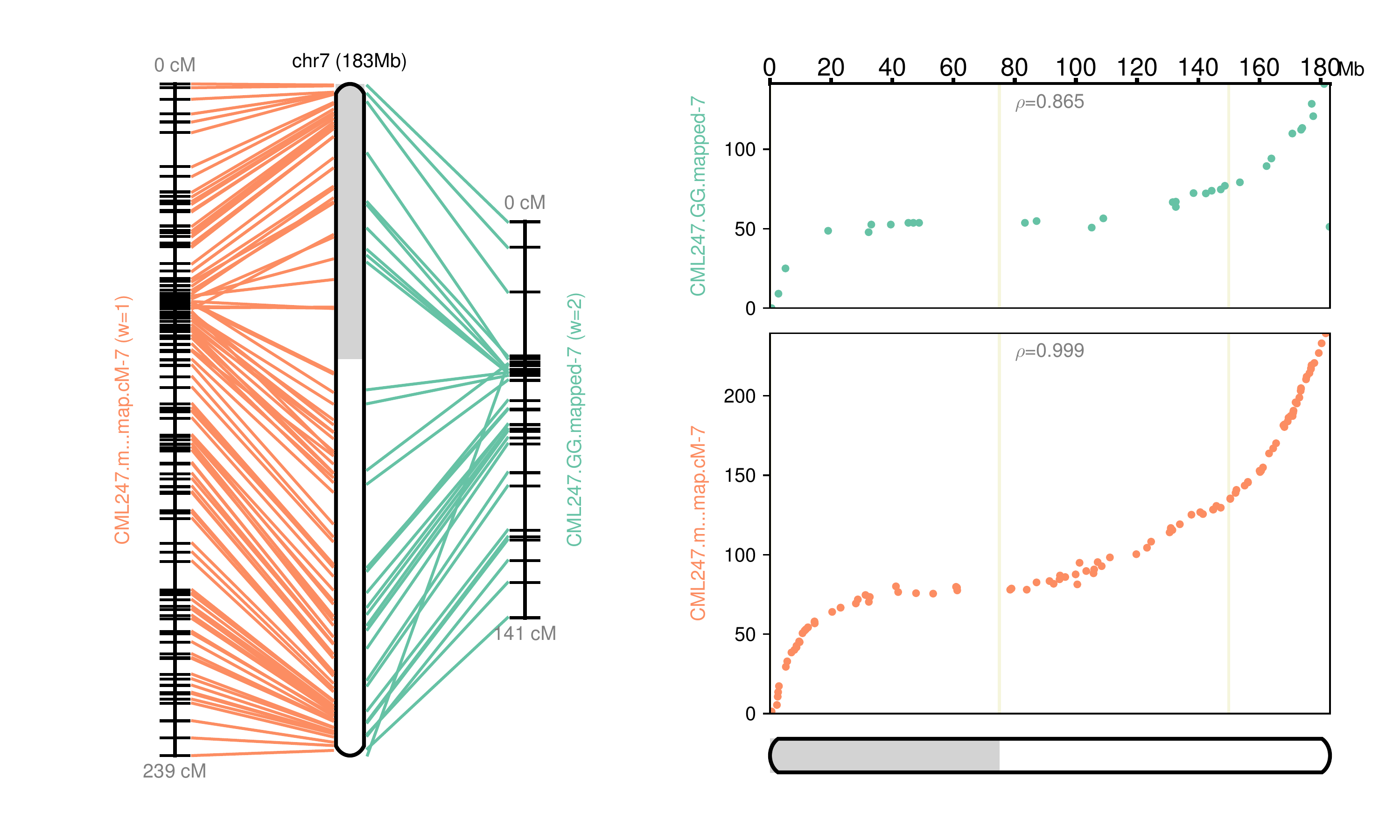 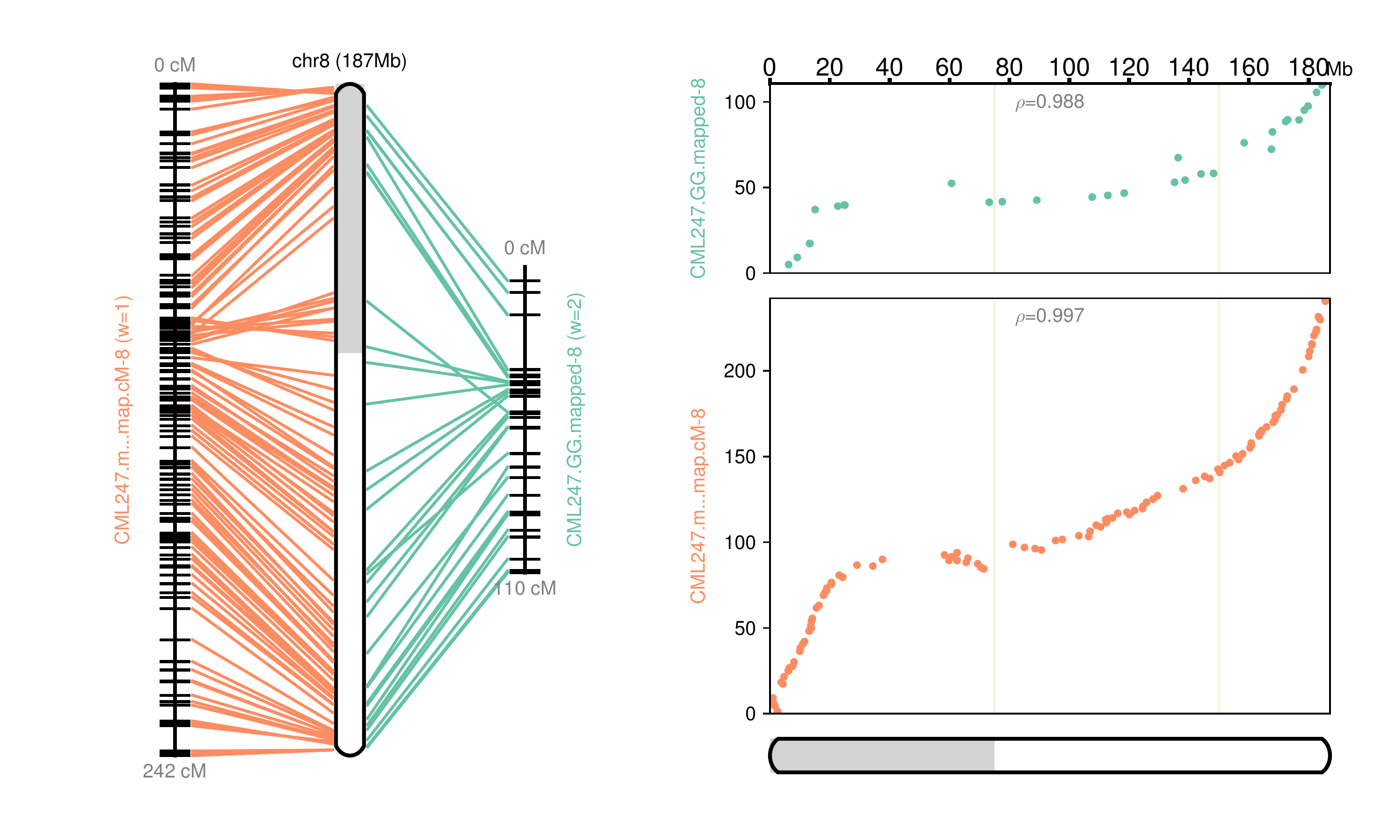 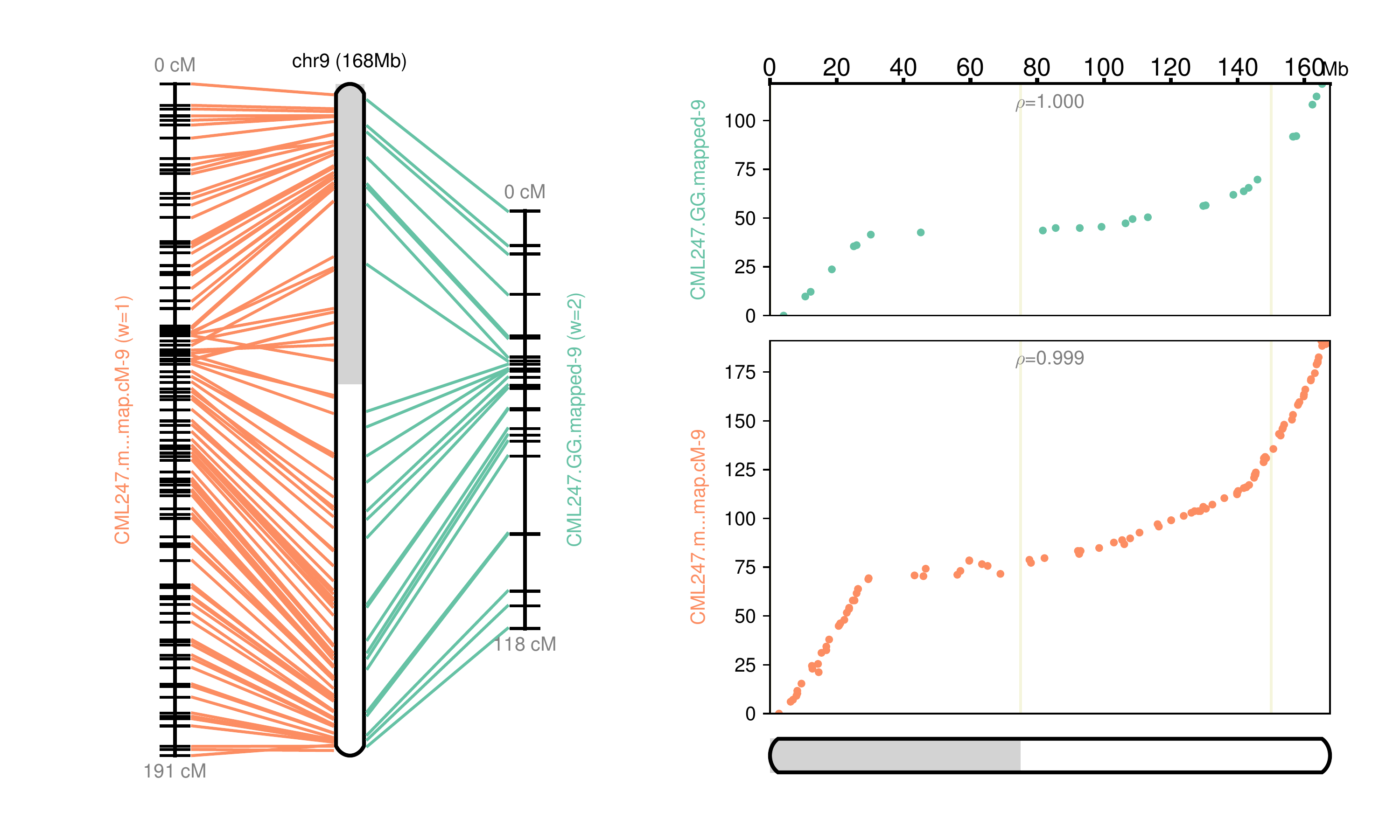 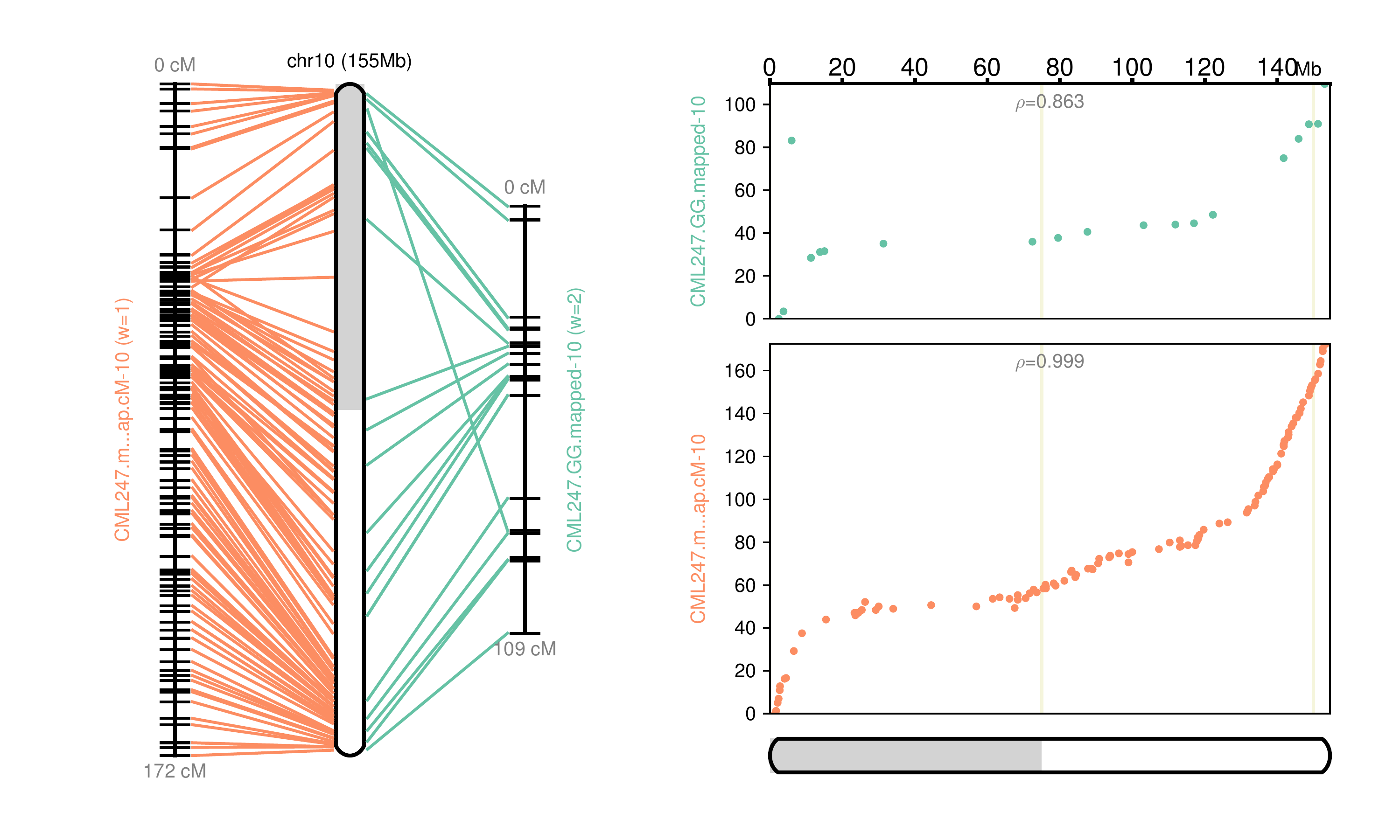 Basically, we were able to put together all the broken scaffolds to the original chromosomes using the genetic map!